"Workers of the world, unite!" This is the truth and reality under a capitalist system. We, the workers have no national interest, or nationality to side with and defend as an internationalist class. Where ever and part of the world we may be, we are exploited and oppressed by the capital and the local state.

The ruling class was shocked to its core by the series of rallies by the workers and people of the Middle East and North Africa. After the uprising in Tunisia, the rallies spread like wildfire from Egypt to Libya. Massive protests then shook Gaza, Jordan, Iraq, Iran, Yemen, Bahrain, Syria and Saudi Arabia. As of the writing of this article, the relentless fires of the uprising have not been extinguished.
Yet it is not only in the Middle East and North Africa that has felt the aftershocks of the uprising. Numerous demonstrations were held in China. In Europe, during the later months of 2010, students of Britain and Italy, as well as the students in the Philippines and Puerto Rico, rallied against their states’ proposed education and benefits budget cut. Protests have happened in France, as well, due to the reduction of pension for workers. The very same events have transpired in Portugal, Spain and Greece. The American proletariat, not wanting to get left behind (most especially the workers of Wisconsin), have followed their brothers in Europe and have started rallies as well.
In short, both advance and backward countries were rocked by massive uprisings, the imperialist and “semi-colonial nations” due to severe poverty, unemployment and the government’s retraction of what the workers won in the past struggles.

The Duterte regime has been in power for more than one year now. Since Duterte’s election more than 13,000 (mostly poor people) have been being killed by the state police in his “war on drugs”.

Despite these widespread killings, there are no massive and widespread condemnation and protests among the poor people, even by the victims’ families and relatives. Instead apathy and fear prevail. A significant portion of the population, even among the poor, felt “relieved” that these “outcasts”, “evils” of society have been eliminated. Even though it is accepted that there are many innocent victims, there is a significant acceptance among the population that this is “justified collateral damage” for the interest of a general cleansing. And the (admittedly manipulated) surveys by bourgeois institutions claim that Duterte enjoys “excellent trust ratings”.

Duterte declared that he is a “socialist” and a “leftist”. He boasted that he will be the first leftist Philippine President. Almost all the left factions in the Philippines agree with Duterte and offer their support for his regime. And the front runner in this support is the Maoist Communist Party of the Philippines and its legal organisations.

From the moment it entered the capitalist epoch, the history of the Philippines has been dominated by imperialism, first Spanish, then American. Its strategic position in the South China Sea has placed the country in the forefront of conflicts between rival imperialisms.

The nascent workers' movement in the 19th century, lacking in political experience and separated by vast distances from the more developed socialist movement in Europe, was never able to separate itself entirely from Filipino nationalism. As a result, and despite the remarkable courage of the Filipino workers in struggle, the trade union movement soon became a battleground for the competing imperialist powers, with the different unions acting as clients for this or that power.

Recent clashes in 2012 and 2013 over the Senkaku/Diaoyu/Tiaoyus islands (the archipelago is located roughly 200 km northeast of Taiwan, 400 km southwest of the Japanese Okinawa island, and almost 400 km east of China)  have brutally brought to the fore the ambitions and tensions of the two biggest regional rivals in the Far East. Both China, the most populated country and second most important economic power in the world, and Japan, the third biggest economic power, have escalated tensions around the islands and regularly mobilise troops which have been engaged in shows of force. Taiwan has also clashed with Japan over the island. This must be of great concern not only to the population in Japan and China and the region, but the whole world. 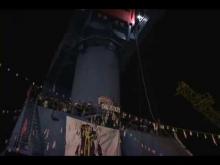 We have received the information published here from comrades in Korea. Independently of the events in themselves, their significance is also determined by the fact that they are taking place simultaneously with the movements in Spain and Greece, and reveal a certain number of similar features.

In the middle of Feb 2010, ICC held a conference of its sections in Asia. The Conference was attended by delegates from the ICC's sections in the Philippines and Turkey, as well as by the sections in India. We were glad to welcome the delegate of an internationalist group in Australia and many sympathizers of our section in India. Two internationalist groups from Korea who took part in the ICC's last international congress were invited, but at the last minute were unable to come. These comrades sent solidarity and greetings to the Pan Asian Conference and also sent a brief account of the situation of the class struggle in Korea.

Internasyonalismo welcomes the leaflet of KASOKU or Youth for Socialism and Communism, a group of students in the Philippines on the issue of charter change.

This group of young people is beginning to search for theoretical clarification under an environment dominated by Leftist ideologies of all varieties. Comrades in the Philippines have some opportunity to discuss with some of its members.

Amidst the desperate moves of the international bourgeoisie to stop the continuing decline of the system by intensifying the attacks on the working class, May Day of this year is not simply an international day of protests and demonstrations against world capitalism but an opportunity to learn the lessons of proletarian struggles against capitalist attacks since 2007.

Right and Left of the bourgeoisie tried to hide these lessons. The former: by covering-up the spreading of the struggles in many countries. If they are oblige to admit them through media, they make sure to describe them as "riots, violence and the handiwork of few violent elements" to sow fear among the masses or justified the state's violent suppression. The latter: by distorting the lessons and the real dynamic of struggles.

The Right faction of the Filipino bourgeoisie led by the Arroyo regime is trying very hard to hide the real state of the crisis by saying that  the Philippine economy is "not gravely" affected by the deepening world crisis of capitalism because the economic fundamentals are "still sound".

This distorted argument is ridiculous and irritating.  It misrepresents the truth behind world capitalist crisis and the complete integration of the national economy to the world economy. The purpose of the ruling faction's analysis is to protect its power and domination against its rivals who want to oust the former.

Our last international congress, for the first time in a quarter century, was able to welcome the delegations of different groups that stood clearly on internationalist class position. Since then, the discussions with the comrades of EKS and Internasyonalismo led them to pose their candidature to join the ICC, given their growing agreement with our positions.

We are publishing below a leaflet issued by the comrades of the Internasyonalismo group in the Cebu region of the Philippines, during the ongoing struggle by workers at the Giardini del Sole factory.

The article here provides some information about how unions and bosses work together in the Philippines to control the labour supply.

The article that we are publishing here has been sent to us by the comrades of the Internasyonalismo group in the Philippines. It shows us the true worth of the crocodile tears shed by the Filipino ruling class, both in power and in opposition, for the suffering of the population as a result of a food crisis which is the result, not of poor harvests but of the capitalist economy's insatiable thirst for profit no matter what the cost. And the cost is paid both in the immediate by the working class and the poverty stricken masses struck by the massive increase in food prices, but also in the long term as the cynical irresponsibility of the capitalist class increasingly ruins the ecological system on which humanity's food production depends.

The article's analysis concentrates on the role of bio-fuel production and the degradation of the rice producing areas by over-farming. One point should be added in our view: the role played by the diversion of speculative capital from the US and European housing markets into the commodities markets - and in particular the futures markets for food. According to Jean Ziegler, UN Special Rapporteur on the right to food, while the use of grain for bio-fuels is the major culprit in the rise in food prices, 30% of the rise can be directly attributed to speculation on the commodities markets.

We are publishing below extracts of an account sent to us by the comrades of the Internasyonalismo group of workers' movements that have taken place over the last few years in the MEPZA industrial zone. Although only a few hundred workers were involved in the events described here, they reveal in microcosm the problems confronting not only the 40,000 workers in MEPZA but by millions of workers world wide, from the maqiladora on the US-Mexican frontier to the factories in China's "special economic zones".

We are publishing here an article by the Internasyonalismo group, against both the government "anti-terrorist" campaigns, and against the terror exercised against the population in the name of "Islam" and "national liberation".
Thanks to the efforts of the comrades of the Internasyonalismo group in the Philippines, we are able to open a new web site in the Filipino language, carrying some of the ICC's basic texts: we hope to be able to publish more texts in Filipino in the months to come.
Workers have no country; no motherland to defend and develop. The proletariat is an international class. Workers around the world, wherever they live and work have the same interests. They have one enemy -- the whole capitalist class. There interests are not subject to the interests of any country.

The text published here was written by the Internasyonalismo group in the Philippines. We are in general agreement with the contents of this text, but even more importantly we salute the resolutely internationalist spirit in which it is written. We welcome the emergence of this new internationalist voice that is making itself heard in an important fraction of the proletariat in the Far East.

The text that we are publishing below was written by the ICC’s section in India, in the context of an ongoing discussion with comrades in the Philippines who have begun to orient their activity towards the defence of the internationalist principles of the Communist Left. During the discussions, the comrades asked us to undertake a theoretical critique of the positions of Filemon “Ka Popoy” Lagman, one of the leading founders of the Partido ng Mangagawang Pilipino (PMP – Filipino Workers’ Party), which is one of the main left-wing formations in the Philippines.