On Sept. 7, the Moon Jae‐In government and the United States coercively deployed Terminal High Altitude Area Defence (THAAD) on Sungju-gun Sogong‐ri against most of the Korean people’s opposition including the residents. The deployment of the THAAD in South Korea does not contribute to a resolution of issues on nuclear weapon of North Korea and the peace of East Asia. It is just a hypocritical security game. It is not only a programme heightening the threat of war for the sake of US imperialist force but also a scheme to assign South Korea at the front of imperialist war.

With the threats to attack the US Pacific island of Guam or targets on the American continent, with missiles flying over Japan, and the threat to defend itself with nuclear weapons in case of a US attack, the showdown between North Korea and the US has reached a new stage. The US threatens to respond with their whole arsenal of military, economic and political weapons: President Trump talks about visiting North Korea with “fire and fury” if the US or any of its allies are attacked by the regime.  The risk of the use of nuclear weapons puts the stakes much higher than ever before and poses a direct threat to some of the biggest metropoles of Asia – Seoul, Tokyo, etc. The recent military steps by the US and its allies South Korea and Japan (in particular the installation of the new THAAD missile systems in South Korea) have sharpened the confrontation between the US and China and pulled other countries even more into this maelstrom.

How can we explain these events in Korea and what do they mean for humanity?

Recent clashes in 2012 and 2013 over the Senkaku/Diaoyu/Tiaoyus islands (the archipelago is located roughly 200 km northeast of Taiwan, 400 km southwest of the Japanese Okinawa island, and almost 400 km east of China)  have brutally brought to the fore the ambitions and tensions of the two biggest regional rivals in the Far East. Both China, the most populated country and second most important economic power in the world, and Japan, the third biggest economic power, have escalated tensions around the islands and regularly mobilise troops which have been engaged in shows of force. Taiwan has also clashed with Japan over the island. This must be of great concern not only to the population in Japan and China and the region, but the whole world.

During the past months tensions between North and South Korea and the USA have once again been on the rise. Repeated missile tests, threats of missiles, artillery and even nuclear attacks against South Korea as well as targets in Japan, Hawaii or Guam have been in the centre of the North Korean war rhetoric. South Korea, the USA and Japan have in turn declared their determination to strike back militarily against North Korea. Once again the ruling class of these countries is ready to threaten the life of millions of people in order to defend their sordid national interests.

At the same time when European and US capitalism started to penetrate into Japan and China, these capitalist countries also tried to open up Korea.

We have recently been saddened by the news of the death in hospital of comrade Il Jae Lee, a militant of the Left Communist Group in Korea: he was 89 years old.

We have received the information published here from comrades in Korea. Independently of the events in themselves, their significance is also determined by the fact that they are taking place simultaneously with the movements in Spain and Greece, and reveal a certain number of similar features.

The shelling of the Yeonpyeong islands on November 23 by North Korea, killing two soldiers and two civilians, has brought tensions on the Korean Peninsula to a new height, with increasing worry throughout the world that the situation will develop into an explosive confrontation. Despite all the public displays of caution and concern for stabilizing the region, both the US and China have been playing a dangerous game of confrontations throughout East Asia over the past year, and each side is seeking to exploit the situation for the advancement of its own imperialist aims.

We have just received news from Korea that eight militants of the “Socialist Workers’ League of Korea” (Sanoryun) have been arrested and charged under South Korea’s infamous “National Security Law”. They are due to be sentenced on 27th January.

There can be no doubt that this is a political trial, and a travesty of what the ruling class likes to call its “justice”.

We publish here our own statement on the trial, as well as comrade Oh Se-Cheol's speech delivered before the court.

This article looks at the recent increase in tensions between North & South Korea following the sinking of a South Korean warship.

This report represents an effort by the ICC's sections in Asia to come to grips with the specificities of imperialist tensions in Asia, and in particular as far as they concern the rising powers of China and India. 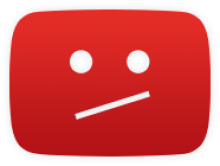 One of the most significant outbreaks of class struggle in South Korea for many years, the occupation of the Ssangyong car plant in Pyeongtaek near Seoul, ended at the beginning of August.

Having held the factory for 77 days in the face of siege conditions where they were denied food, water, gas and electricity, and had to resist repeated onslaughts by the police backed by a small army of company goons and strikebreakers, the workers were compelled to abandon the occupation with many of their key demands unmet, and were immediately subjected to a wave of repression in the form of arrests, interrogations and possible crippling fines.

On 24 May North Korea issued a statement that it had carried out a second nuclear test. In response to this, there has been widespread condemnation from the ‘international community' with the USA, which currently has an estimated 30,000 troops stationed in South Korea, stating it would initiate patrols in the seas around the North.

The article which we are publishing below has been sent to us by a comrade of the "Left Communist Group" (LCG), previously known as the "Socialist Political Alliance" which our readers will remember organised the Marxist Conference held in October 2006 in Seoul and Ulsan.

The recent "candlelight demonstrations" in South Korea, against the newly elected government's decision to allow the import of beef from the United States (banned some years ago over fears of BSE), reached enormous proportions in June, with up to one million people on the streets of Seoul. Clearly, there is more to these demonstrations than a concern for public health, however real this may be. The general degradation of workers' living conditions, with full-time permanent work contracts being increasingly replaced by precarious and part-time working is a world wide phenomenon that has struck Korean workers hard. The newly installed government of Myung-bak Lee has moreover shown itself particularly arrogant and heavy-handed in launching a series of attacks on workers' livelihoods and living conditions.

What do we mean by revolutionary strategy? Fundamentally the question we want to raise in this presentation is to understand how the internationalist groups and organisations that exist around the world today can fulfil their role and function within the working class struggle for the revolutionary overthrow of capitalism.

The question that we aimed to address in this presentation to the conference in Korea is this: how are we to analyse the class struggle? How are we to determine at any given time - and notably today - the general condition of the working class, and the possibilities that are determined by the balance of class forces, in other words by the balance of power between the bourgeoisie and the proletariat.

The theory of decadence is nothing other than the concretisation of historical materialism in the analysis of the evolution of modes of production. It is thus the indispensable framework for understanding the historical period we are living in. Knowing whether society is still progressing, or whether it has had its day historically, is decisive for grasping what is at stake on the political and socio-economic levels, and acting accordingly.
The fact that today a conference of communist internationalists has been called in the East, by an organisation which explicitly identifies with the communist left, is an event of historic importance for the working class. It holds the promise - perhaps for the first time in history - of building a real unity between the workers of East and West. Nor is it an isolated event: on the contrary, it is a part of a slow world wide awakening to consciousness of the proletariat and its political minorities.

In October 2006, the Korean group "Socialist Political Alliance" called a conference in the towns of Seoul and Ulsan under the title "International Conference of revolutionary Marxism" , with the explicit purpose of reinforcing the presence of Left Communist positions within the Korean working class and its political minorities.

The conference in Korea was the first of its kind in the history of the workers' movement of that country and indeed in the whole of East Asia. That such a conference should be called today, in a country still divided by the consequences of the imperialist war launched more than 50 years ago, is an event of the greatest importance. It opens a perspective for the development of the international unity of the workers' movement between East and West for the first time since the brief experience of the Third International. However modestly, it heralds the appearance on the historical stage of the proletariat of the East.

Declaration adopted at a Conference of internationalists meeting in Seoul and Ulsan, South Korea

The recent strikes and economic difficulties in South Korea have overturned one of the bourgeoisie's arguments in its ideological campaign to refute marxism. Disappointed by the end of the Japanese “miracle”, the bourgeoisie seized on the considerable growth rates of the “Asian dragons” (South Korea, Taiwan, Hong Kong, Singapore) and the rise of new “tigers” (Thailand, Indonesia, Malaysia). Wasnt their prosperity the “proof” that underdeveloped countries can quickly emerge out of poverty, and that the credit for these successes lies with capitalism and its market laws? And how many times have we been shown striking workers who carry on with their work while wearing an armband to mark their discontent? The “devotion to the interests of the company”, the “legendary discipline” of the south east Asian workers has been presented to us by the bourgeoisie and its media as one of the secrets of the economic success of these countries and as the living proof of the emptiness of the marxist theory that class conflict is inevitable.