During the first half of 2012 several successful or failed long-distance missile tests by Korea (North and South), China, India and Pakistan have turned a spotlight on the ambitions of all the bigger Asian countries. At the same time gigantic orders of warships have highlighted the ongoing militarisation of the blue waters1 across all Asia. In fact, all the Asian countries have been forced to position themselves in relation to the newly emerging powers China and India. Their ambitions and the US strategy of creating a counter-weight to China have unleashed an arms race engulfing all Asia. 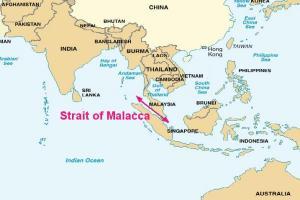 While commentary in the press has until recently concentrated mainly on their double-digit growth figures, the economic rise of the two Asian powers has inevitably been accompanied by a rise in their imperialist ambitions. To understand this situation, we first need to place it within a broader historical context.

Asia's overall weight in world production is returning to the historical norm prior to the rise of European capitalism. Between the 11-17th century China commanded the world's biggest fleet. Until the 18th century, China led Europe technically. In 1750 China's share of world manufacturing was almost one third, whereas Europe's still stood at only one quarter. But with the 19th century expansion of capitalist powers into China and India, both countries2 were overshadowed and their relative share of world production declined.

Today, China is recovering its original position as one of the world's major centres of production and power. But can its return to centre-stage be "peaceful" and "harmonious" as its leadership claims?

Although the 20th century's first major imperialist conflict took place between two Asian powers (the Russo-Japanese war of 1905), the main battles of World War I took place in Europe and the battle fields in Asia remained marginal, World War II, however, involved Asia far more deeply in the general destruction. Some of the fiercest and bloodiest battles took place in Asia. After World War II, while the European continent was divided by the “Iron Curtain”, stretching across Central Europe through divided Germany, four Asian countries were divided in two: Korea, China, Vietnam (since reunited) and India. Whereas in Europe the Iron Curtain came down in 1989, the divisions in Asia continue to exist, each of them creating permanent conflicts and some of the world's most militarised border zones (North / South Korea, Peoples' Republic of China / Taiwan, Pakistan / India). But now it is not only the conflicts between the divided countries which continue to fuel imperialist tensions, it is above all the rise of a new challenger, China, and the reactions by the neighbouring countries and the challenged super-power, the USA, which aggravate the tensions.

1 This refers to the notion of a "blue-water navy", a rather imprecise term which generally indicates a navy capable of projecting power in international waters outside its own coastal waters.

2 India of course was not a country in the 19th century. Indeed India as a single political unit cannot be said to have existed until the British Raj.

3 The term "Far East" is of course entirely Euro-centric. For the USA, the region is the "Far West", while for Asian countries themselves the region is obviously central. We therefore use the term purely as a matter of convention and literary convenience.