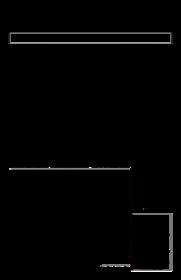 Debt-Crisis: The State Is Bankrupt, Workers Must not Bail it Out

What a difference a few months make! Gone is the self-assuring message of a better future for capitalism that dominated the news on the economy in the bourgeois media at the end of 2009. Today there is increasing talk of bad days to come. It would seem that the celebrated ‘green shoots of economic recovery' have either withered out or proved to be a mirage. Instead the economic landscape, save for a few hold outs like China, is dominated by multiple signs of a continuous economic crisis.

A round two in the ‘Great Recession'

The OECD and other official global bourgeois economic organizations are still producing data ‘demonstrating' that capitalism has if not a good bill of health, at least resilience. Economic ‘buoyancy' is the adjective more connected with China and India, and, the US and most of the industrialized world is supposedly way out of the so called ‘great recession'. Yet this fiction of improving national Gross Domestic Products and other economic indicators proving that the system is entering the expansion moment of its economic cycle -in the narrative of bourgeois economists- is becoming more and more untenable.

In reality, after the respite afforded by the governments expansionist policies used all over the world to keep the system away from total collapse, today , just as in 2007-2008 at the time of the burst of the real estate bubble, the world financial system is once again in turmoil. In the last two months the stock and bond markets have been on a rollercoaster throughout the globe - in the US, by mid June, all major indexes have lost about 14% from its record high at the end of April. Despite the fact that all central banks have kept unchanged their expansionist monetary policies keeping the interest rates that they control near to zero, credit, the life blood of the system, has been getting scarcer and more expensive. Libor, the rate that bank charged to each other for short-term loans reached a 10 month high in early June. And, in the so-called ‘real economy', production is slumping as the governments' economic stimuli are losing steam.

However the guilty parties this time, according to the media, are not the so-called ‘greedy Wall Street bankers' and their acolytes around the world. This time fingers are being pointed at the ‘free-spenders governments' that, ironically, had rushed to rescue the banks from the brink of the abyss at high of the financial crisis in 2008-09. What started as a sovereign debt crisis in Dubai and then in Greece, a peripheral country of the hart of capitalism in Europe, has spread in the last few months to the whole Euro currency zone (Spain, Portugal, Ireland, Italy are in fact as insolvent as Greece) provoking a ‘Euro crisis' and ultimately threatening the financial system the world over.

Once again the State goes to the rescue

In May, faced with a developing situation that was threatening to get totally out of control, the bourgeoisies of the main capitalist countries rallied to contain a full blown financial catastrophe. However, this was not without rifts and difficulties, particularly overcoming Germany reluctance to play the savior role, which shows the weight of tendency of each for itself among bourgeois states. The NY Times said, "Rarely have so many central banks taken such extraordinary steps to stave off banking and national collapses. Their wariness about what they have wrought is palpable" (May 25th, 2010). Indeed! With the US playing a leading role, Germany finally agreed to a virtual bail out of European weakest economies that were on the brink of collapse under the weight of a national debt that have become unmanageable.

It's no coincidence that the one trillion dollars fund created to bail out the PIGS is reminiscent of the US government programs designed to rescue its own financial system in 2008. In fact, the US bourgeoisie has had its hand all over this ‘European' policy, with the Federal Reserve going as far as to guarantee the liquidity of European banks through a so-called currency swap program. This illustrates that the American bourgeoisie knows full well that no national capital is safe from the debt-crisis contagion, but it also shows the enormous power that American capitalism still has over its wannabe imperialist competitors.

Following the governments' "extraordinary steps to stave of banking and national collapses" there has been an uneasy calm that seems to augur unpleasant things to come. In fact the media is full of predictions of a so-called ‘double-dip' recession coming over capitalism's horizon.

Certainly things will get worse rather than better. The sobering debt-crisis that started in Dubai and Greece is just the tip of the iceberg. There is no secret, for instance, that the average government debt-to-GDP ratio of the G-20 nations has jumped from 78.2% in 2007 to 98.9% in 2009, and is projected to reach the breathtaking figure of 118% in 2014. In fact, throughout the whole world governments, corporations and individuals are sitting on a mountain of debt that has no chance of being repaid. And worse still this debt has reached such proportions that it has become a factor in the aggravation of capitalism's chronic economic crisis.

The bourgeoisie's solution to the crisis - make the workers pay!

There's a concerted agreement between national capitals about the fact that the debt-crisis has to be confronted through a combination of spending cuts and tax increases, even though different bourgeois factions emphasize one side or the other of the equation, according to its right or left wing ideological credentials.

This implies, no matter what place in the bourgeois political spectrum the advocate occupies, a new brutal assault on the working and living conditions: everywhere austerity programs are being announced, varying in the degree of their severity, but all centering on cutting public workers pay and benefits, increasing retirement age and rising income taxes.

A brief look at the best known examples of the current and plan austerity programs clearly illustrates the scale of the attacks raining down on the working class. In Italy, if the austerity plan proposed by Berlusconi is materialized, pay for civil servants would be frozen for three years, top-level civil servants' salaries would be cut, and retirement of state employees would be delayed. Greece has announced the most dramatic attacks, increasing the retirement age to 65 and cutting public salaries to bring the deficit down from the current 13.6% of GDP to less than 3%. Spain has imposed pay cuts of about 5% for civil servants, increasing the age of retirement and tax increases. Portugal has increased taxes and introduced cuts in public-sector wages and corporate subsidies. In Britain, the new coalition government has announced the most severe tax increases and spending cuts since Margaret Thatcher's era in the ‘80s - 25% cuts for all government departments over the next five years, freezing civil servants pay for another 2 years, raising the age of retirement much earlier than expected (from 65 to 66 for men from 2017). France is expected to increase the retirement age to 62 or 63 from 60, while lengthening the duration of contributions required for a full pension and freeze in hiring of state employees.

In the US, Obama's administration has not yet fully embraced the European governments' administered austerity programs as a way to fight the crisis - officially the message is that this is a European fiscal crisis, while the US is out of the recession and, at most, will "encounter a slower and bumpier recovery" (NY Times, May 25th 2010) in the present world economic conditions. However, the talk about ‘recovery' notwithstanding, draconian austerity is already a daily reality for most of the working class in America both in the private and the public sector. Let's not forget that, in richest country of the globe, the working class ‘enjoys' probably the worst social benefits of any country in the industrialized world: longer retirement age (67 for men), shorter paid vacation time (an average of two weeks) and the worse health system around. In the public sector this austerity at present is being administered mostly by states and municipal governments that to varying degrees are facing the same fiscal crisis we are witnessing in Europe. From California to New York (two of the states with the worse fiscal deficits) state governments are implementing the same tax increases and spending cuts recipes adopted by Europe. Salary freezes and cuts, reductions of benefits, increases of furloughs and lay-offs have been all put on the table for this sector of the working class. Yet, the worse is still to come. When the belt-tightening credo becomes the official policy at the federal level in the near future, tax increases and cuts in government spending will translate to an all out attack on workers living and working conditions.

Against capitalist attacks: the class struggle

The political message we hear more these days from the dominant class is that the so-called developing sovereign debt-crisis is the product of mismanagement, the fault of irresponsible governments that have lived for too long beyond their means, granting awesome pensions and other benefits to retired workers and supporting the needy and poorest sectors of society through a generous welfare system. Yet, we are told, there is light at the end of the tunnel. The spokesmen of capitalism try to convince us that all can be fixed, that capitalism is well and dandy, needing only some structural adjustments. They bring forward tons of numbers to ‘demonstrate' that society needs to come to terms with the fact that sacrifices need to be made, that, putting it in economic terms, there is no way forward other than through some kind of tax increases and social benefits cuts.

From the point of view of the bourgeoisie, there is some validity to these arguments, but they are far from telling us the whole story and, in particular, we can't expect the dominant class to say that its economic system is simply collapsing, that it's not responding to the monetary and fiscal policies that have kept the historic crisis of capitalism manageable over the last four decades. In fact, what makes the latest episode of the economic crisis unique is the evidence that the policy of abusing credit (at state, corporations and individual level) which the bourgeoisie have used to create demand artificially high, to keep profits flowing and thus keeping the system a float, has hit a wall, and worse, has become an active factor in capitalism's economic convulsions. The recognition of the failure of this so-called expansionist policy is driving the austerity shock therapy policy now being announced by capitalism, at the risk of provoking a sharpening of social conflicts and particularly a confrontation with the working class, which is the main target of this attack.

From the point of view of the working class, accepting the logic of capitalism means submitting itself to a future of increasing impoverishment, a deterioration of working and living conditions comparable to the misery of the period of the so-called Great Depression. The reality is that there is no solution to the crisis of capitalism other than getting rid of this obsolete mode of production, which can only continue to survive by denying the means of survival to increasing sectors of society while a tiny minority of the population lives a lavish and parasitic existence. The only way forward out of this social madness is the class struggle, starting by an uncompromising resistance to capitalist austerity attacks and the development of a movement able to challenge the bourgeoisie and its capitalist state. In a few words, for the working class the only way out of the present society's malaise is to get rid of capitalism's social relations of production and creating instead a system of production geared in the needs of society as a whole and not for the profit of tiny minority.